Little Round Top is the smaller of two rocky hills south of Gettysburg, Pennsylvania—the companion to the adjacent, taller hill named [Big] Round Top. It was the site of an unsuccessful assault by Confederate troops against the Union left flank on July 2, 1863, the second day of the Battle of Gettysburg.

Considered by some historians to be the key point in the Union Army's defensive line that day, Little Round Top was defended successfully by the brigade of Col. Strong Vincent. The 20th Maine Volunteer Infantry Regiment, commanded by Col. Joshua Lawrence Chamberlain, fought the most famous engagement there, culminating in a dramatic downhill bayonet charge that is one of the most well-known actions at Gettysburg and in the American Civil War. 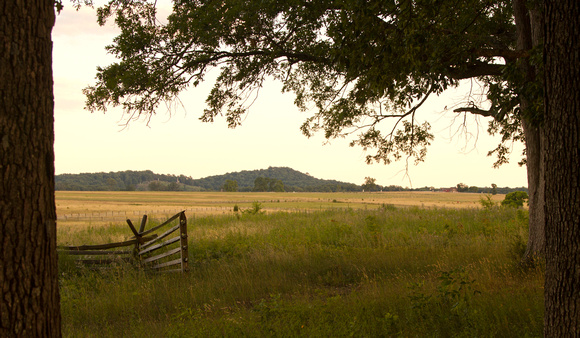