The Angle (Bloody Angle colloq.) is a Gettysburg Battlefield area which includes the 1863 Copse of Trees used as the target landmark for Pickett's Charge, the 1892 monument that marks the high-water mark of the Confederacy, and several other Battle of Gettysburg monuments.

The area is where 1500 Confederate Virginians broke through the July 3, 1863, Union line on Cemetery Ridge, and in 1922, the Marine Expeditionary Force of Camp Harding used The Angle in their reenactment of Pickett's Charge. The proper noun "Bloody Angle" became common during the battlefield's commemorative era after being used as early as 1893. 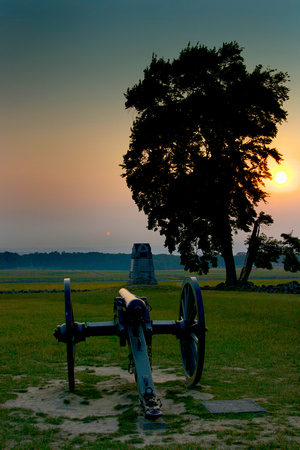