Here is a sampling of weddings I've had the pleasure of working at the Penn State Arboretum. If you're thinking of having a wedding at the Arboretum, send me an email, and I can show you additional shots from these sessions and more....while I don't update this blog often, I do get lots and lots of photos every wedding season!

First up, we have Amy and Ryan - they are both "Bleed Blue and White" Penn Staters, so The Arboretum was a natural choice for their wedding.

Below are a few shots from their special day. 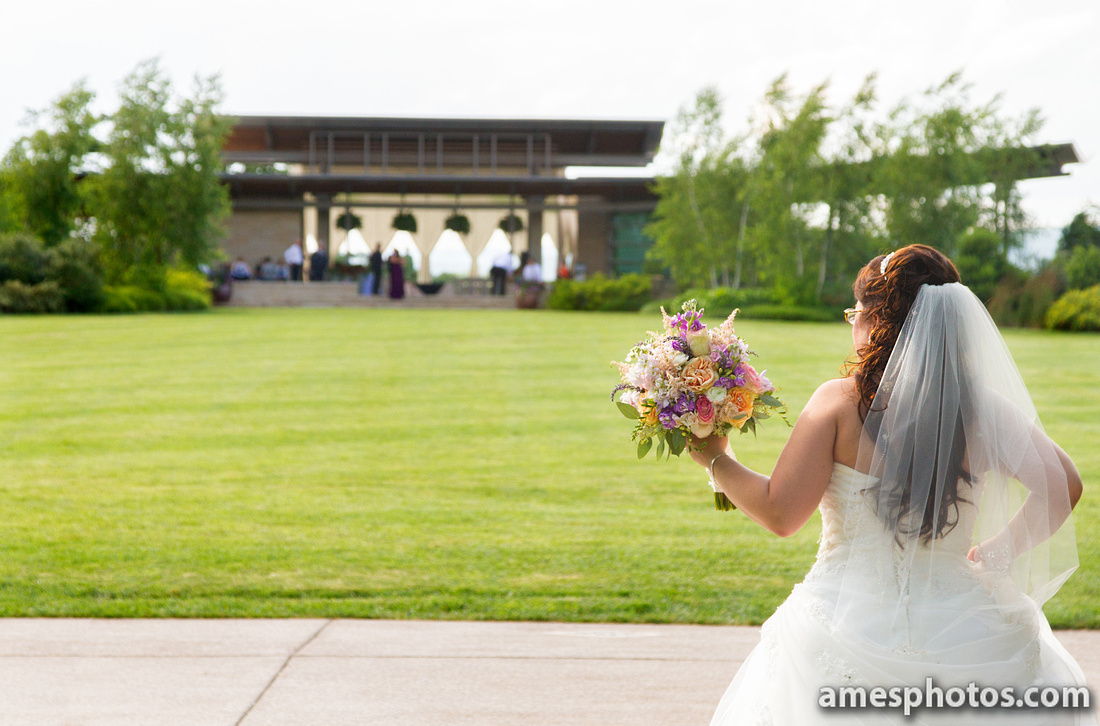 This photo was actually on the way back from the portrait session, when we went back to the Overlook Pavilion for group photos of family. We didn't stage this, but I thought the framing looked nice. 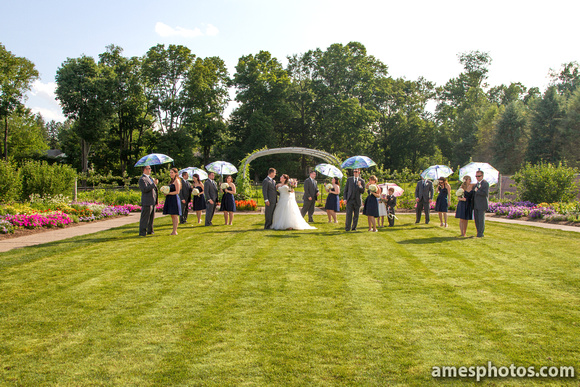 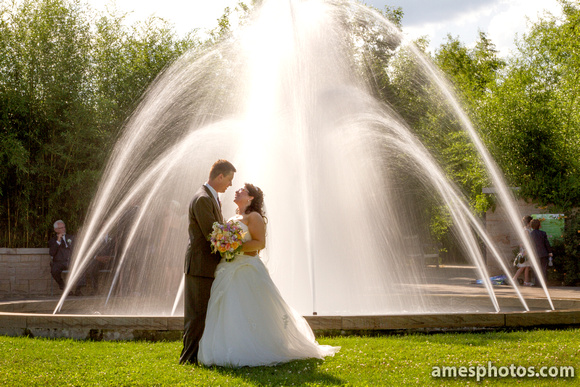 As usual, I slowed down my shutter to let the fountain show up a bit better. Water always seems to look its best when it's blurred a bit. 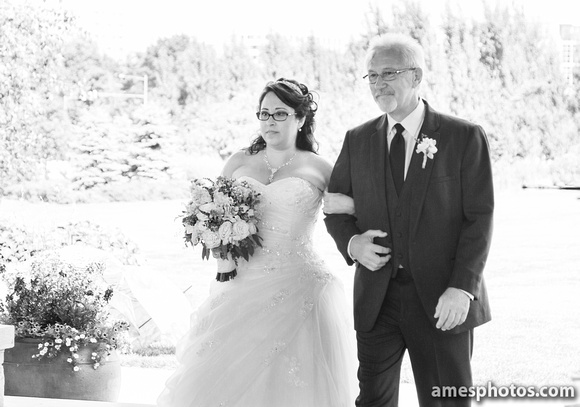 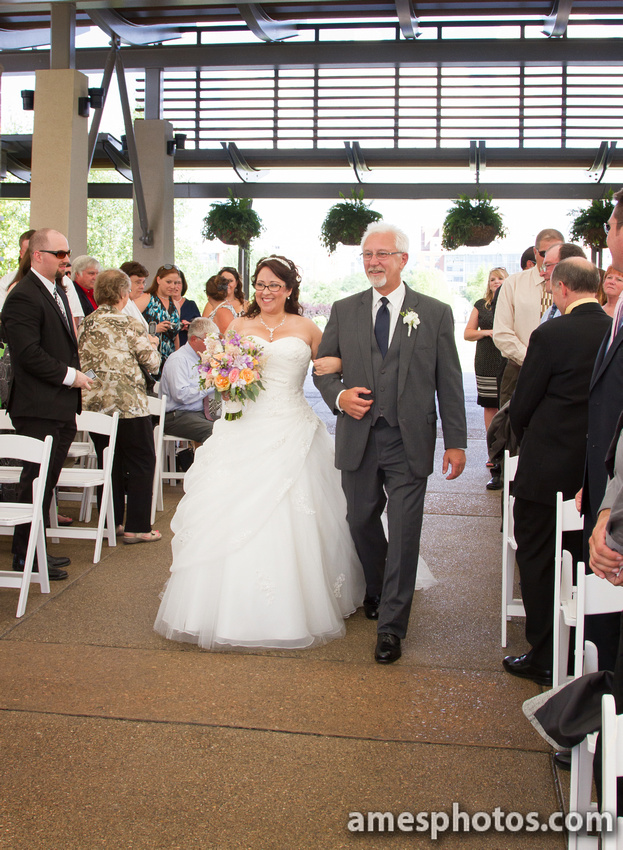 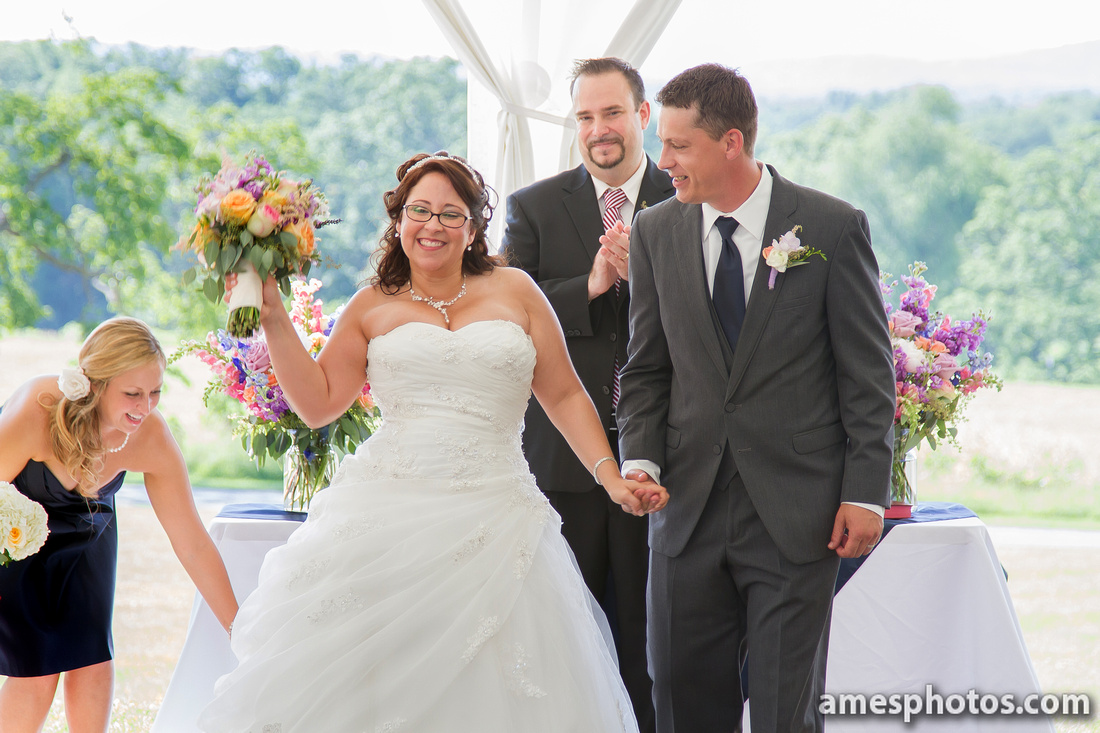 We had the threat of rain all day, and it actually did rain during the ceremony, but that didn't stop us from getting some great wedding party photos.

After a quick 15 minutes at the Arboretum, we hit the Nittany Lion for the "must have" photos for any Penn Stater. On the way to a Toftrees reception, we did a smash-and-grab at the Landmark Sign by Beaver Stadium. 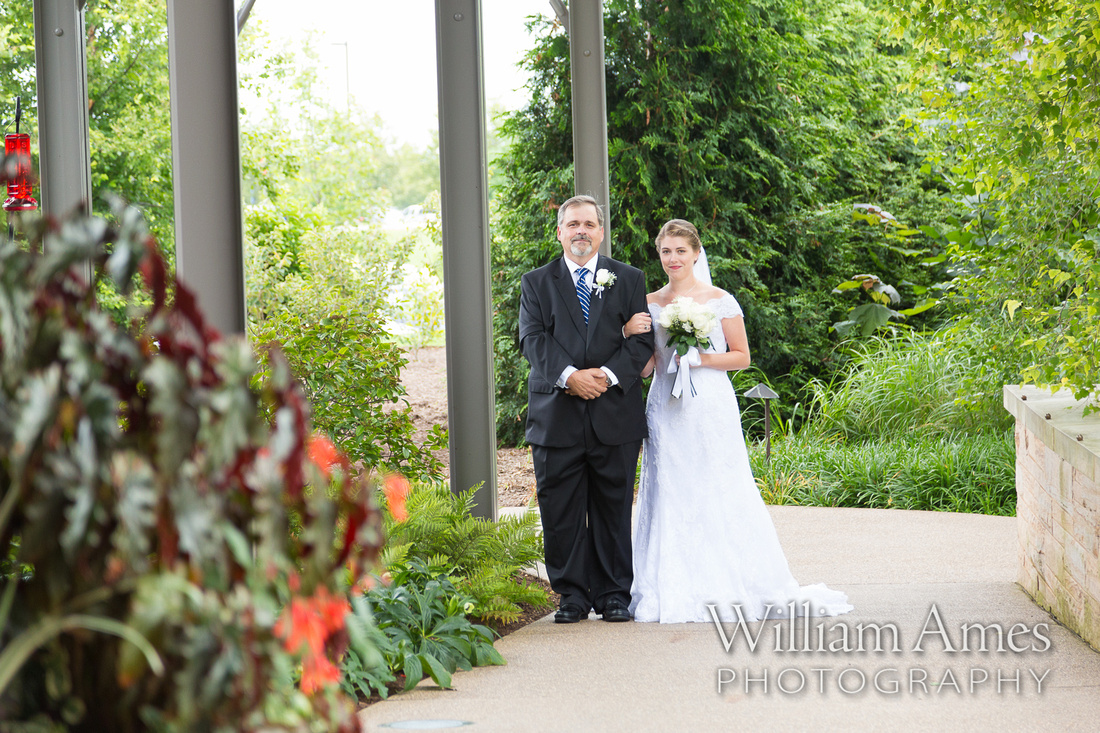 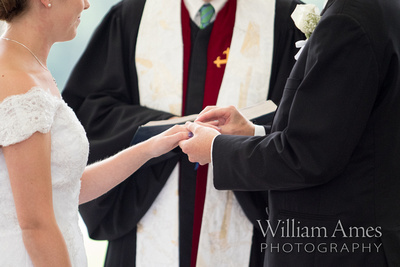 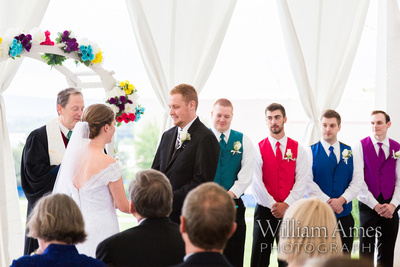 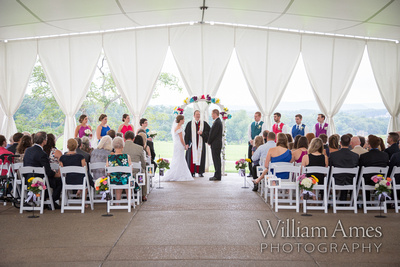 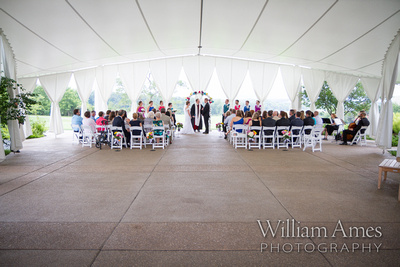 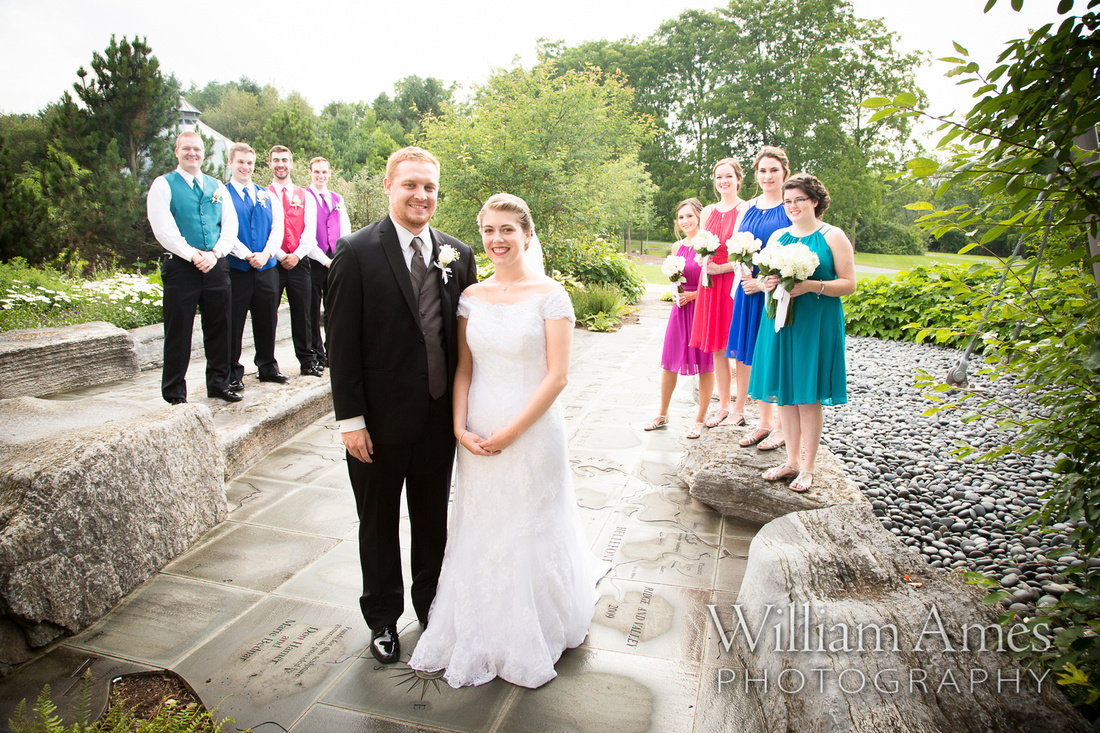 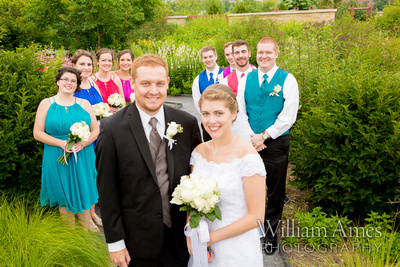 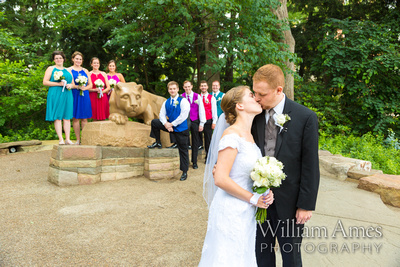 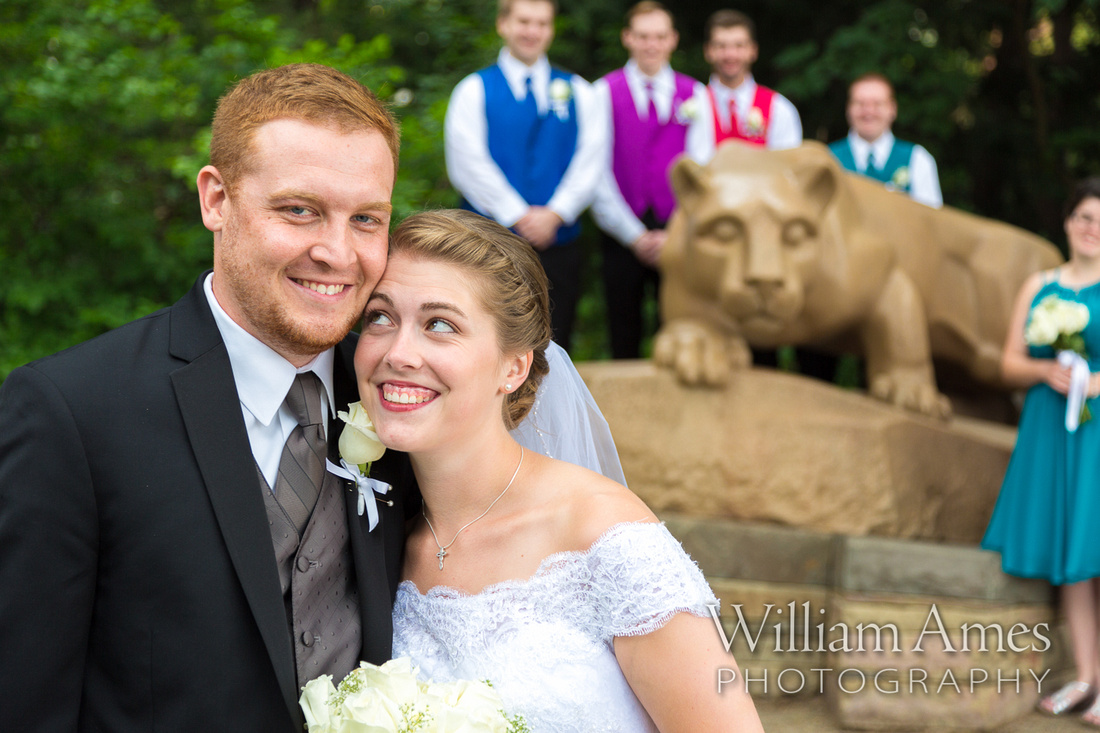 I had the pleasure of photographing this couple for their engagement session, even though they moved away from the area before the wedding. They were a delight to work with, and we got a lot of great photos in the time we had. 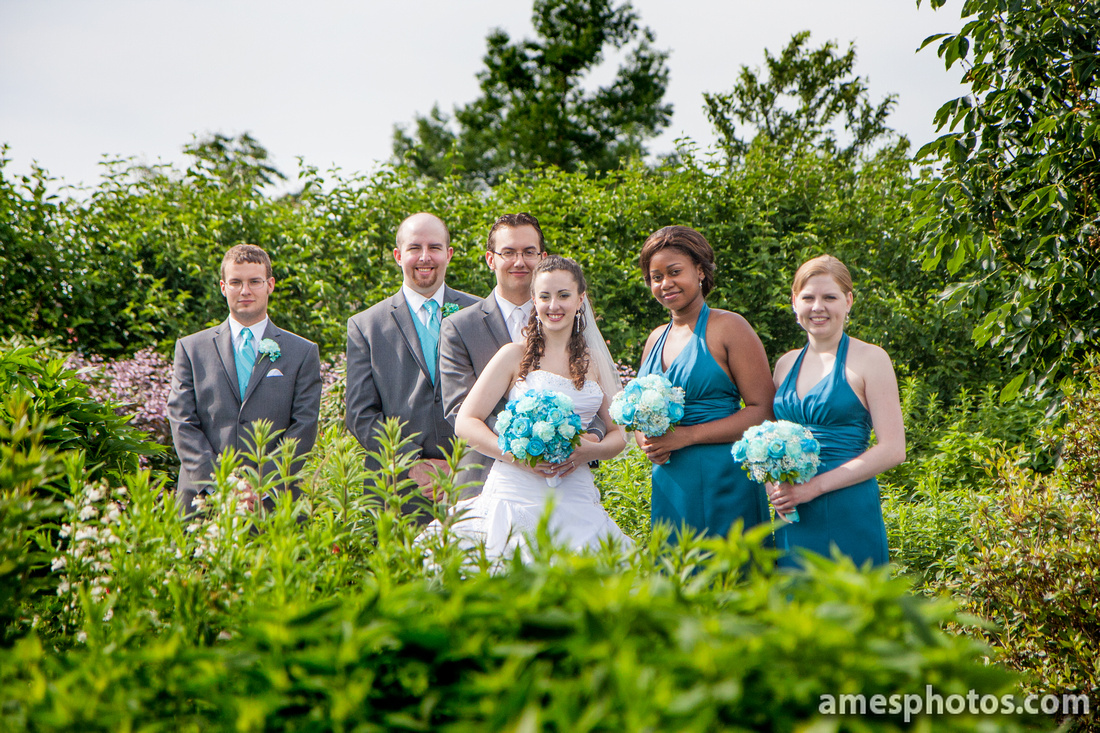 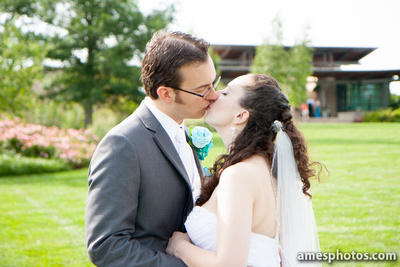 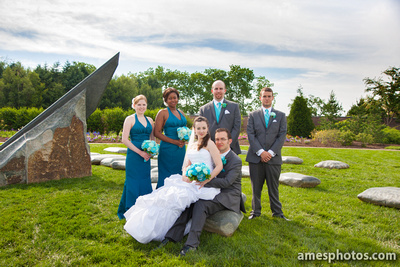 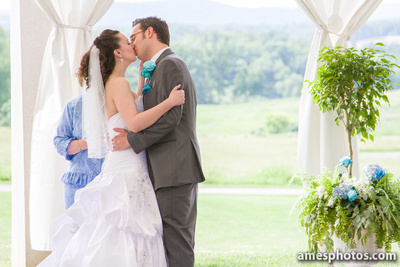 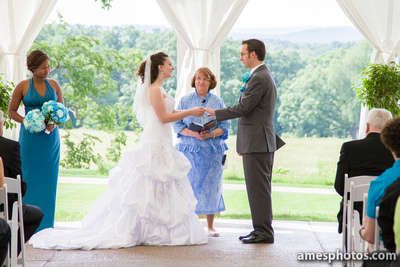 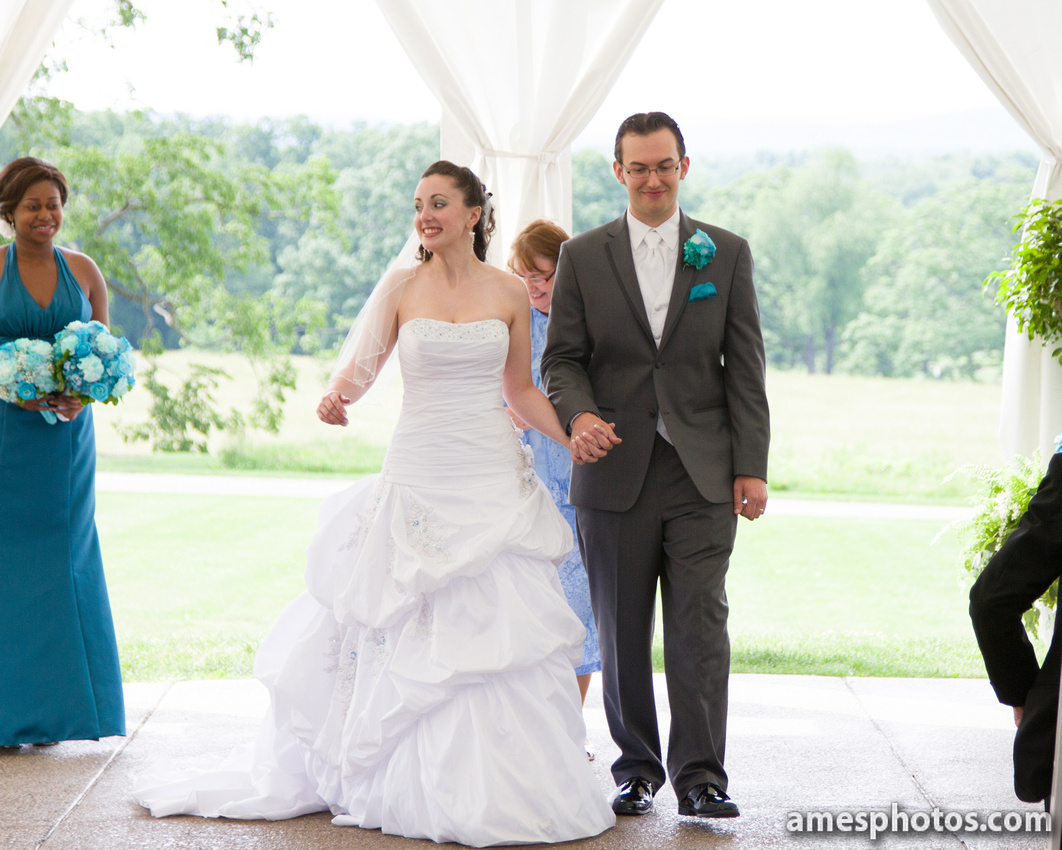 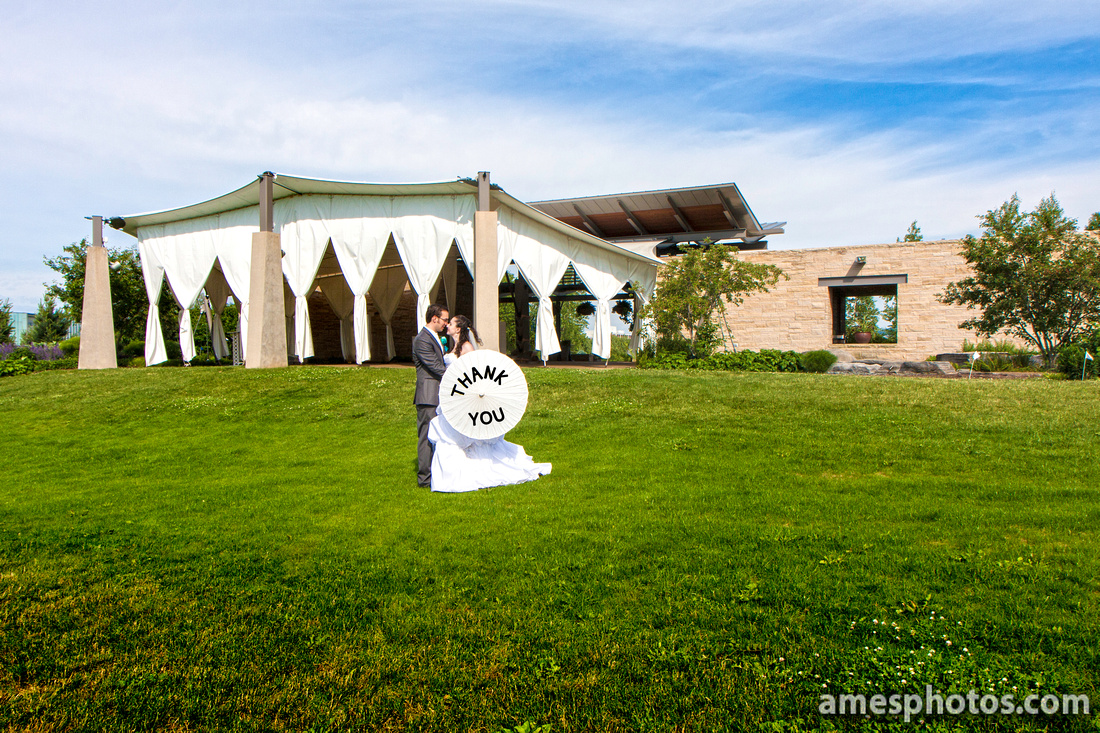 I thought this was a nice touch, which they used for their post-wedding Thank You cards.

...returned to the Penn State Arboretum to the place where Carl made his proposal of marriage, the fountain.

I slowed down the shutter speed on the fountain, which I think is essential. I wish we had more time, but the wedding was actually held at another location, so we only had about 30 minutes. Wedding guests tend to get cranky if they wait too long! We could easily have spent another several hours. These are just a few shots I selected at random from the session.

The reception was at Celebration Hall, and I decided to throw in a picture of the sparkler sendoff at the bottom of this post. 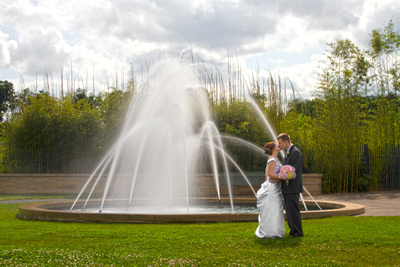 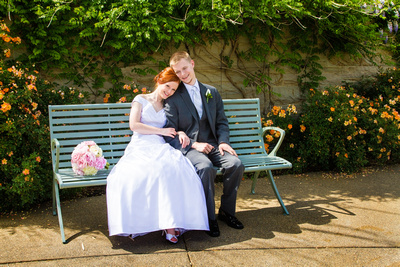 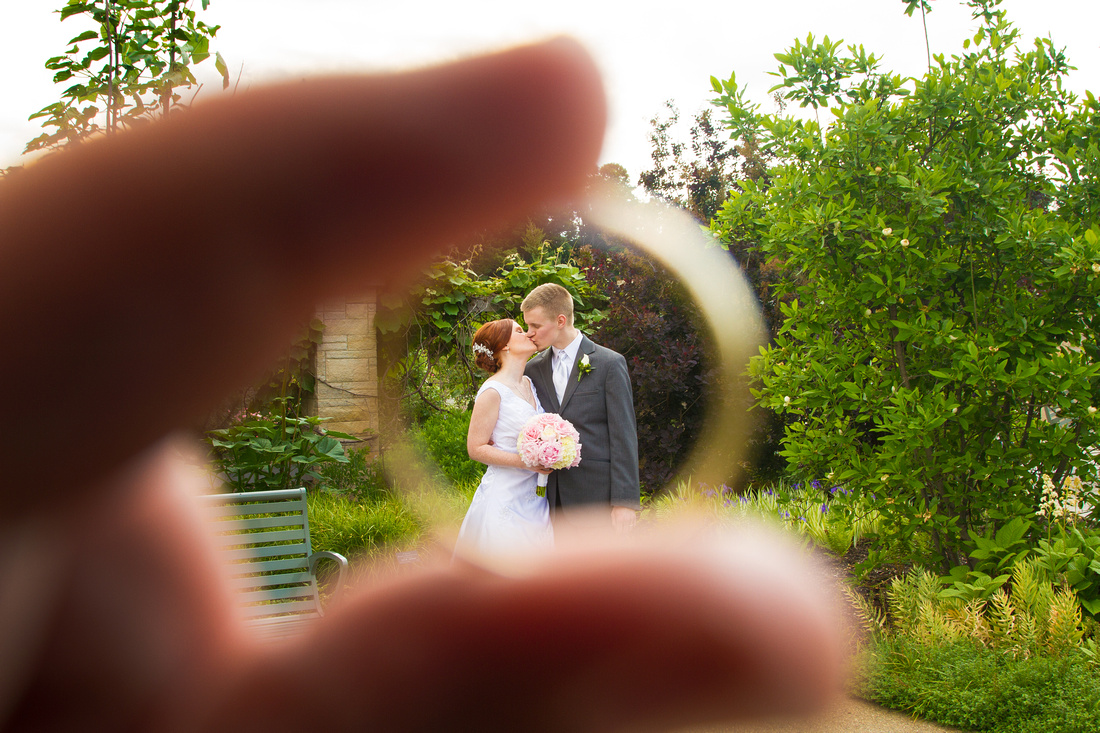 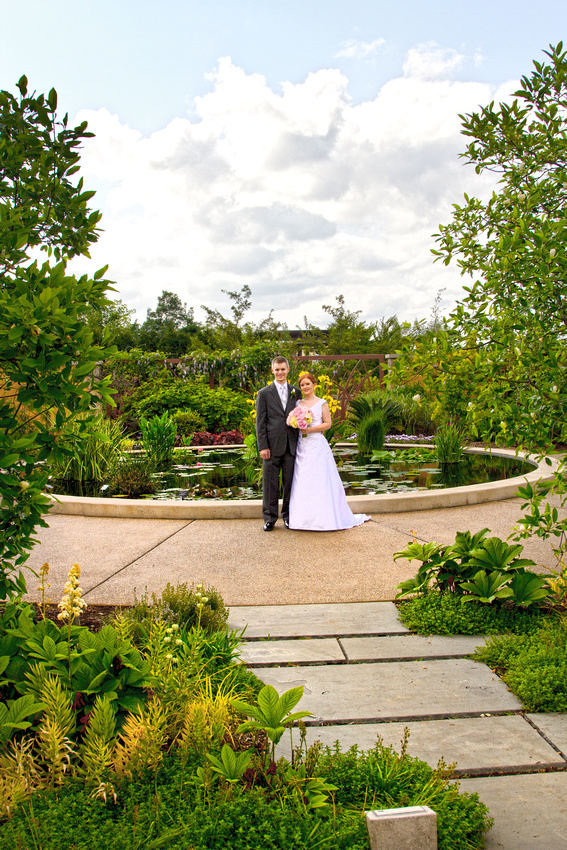 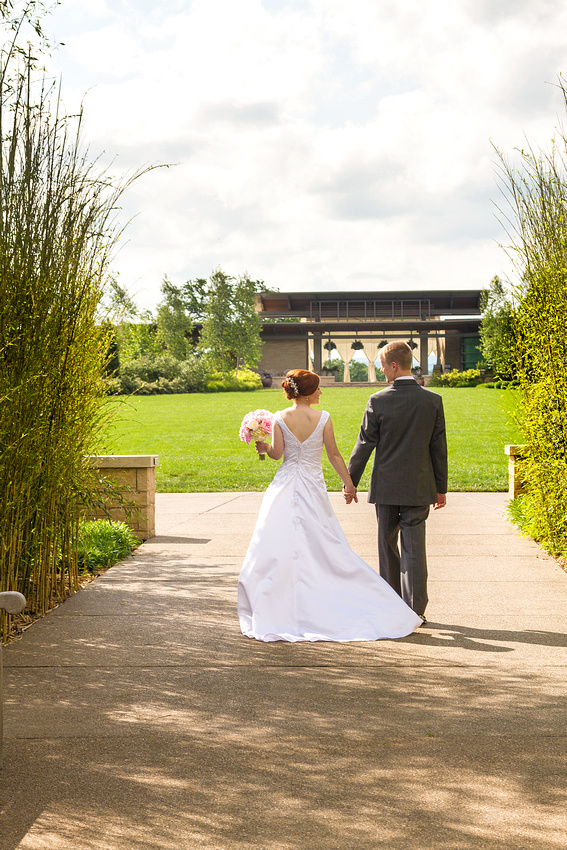 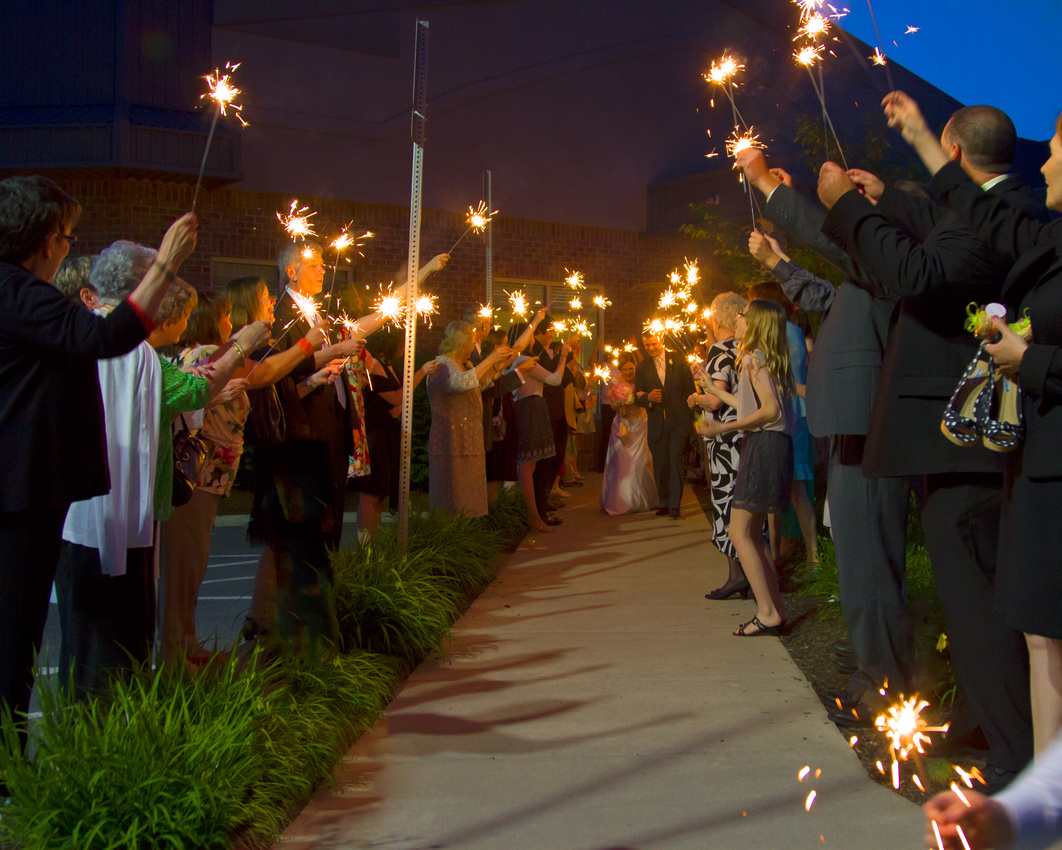