The Goddess of Victory and Peace

Atop the Pennsylvania State Monument at Gettysburg is The Goddess of Victory and Peace, a sculpture by Samuel Murray, created from melted-down cannons in 1909-10.

For the Pennsylvania State Monument, an immense granite pavilion, Murray modeled the bas-reliefs of battle scenes over its four arches, and the 21-foot-tall (originally gold-patinaed) goddess that crowns its dome. The latter seems to echo Augustus Saint-Gaudens's Sherman Memorial in Central Park, New York City, of a decade earlier. 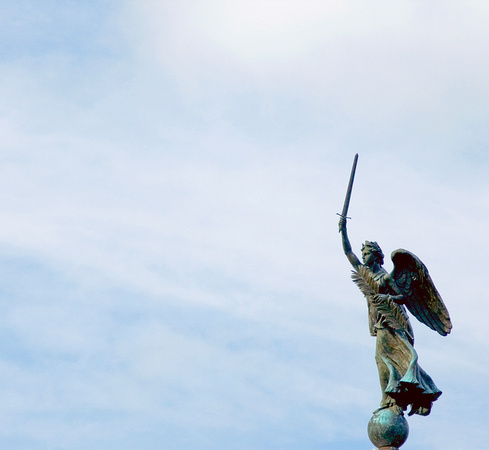