The High Water Mark of the Confederacy in Summer

The high-water mark of the Confederacy refers to a Gettysburg Battlefield area at The Angle which was the farthest American Civil War line of advance of "The Assaulting Column" of the Confederate "Longstreet's assault" into the Union Army defensive line during July 3 of the 1863 Battle of Gettysburg. Similar to a high water mark of water, the term is a reference to arguably the Confederate Army's best chance of achieving victory in the war. The line of advance was east of The Angle stone wall at various distances, e.g., the Virginians pushed the Union line back.

This designation was invented by government historian John B. Bachelder after the war when the monuments of the Gettysburg Battlefield were being erected. Some historians have argued that the battle was the turning point of the war and that this was the place that represented the Confederacy's last major offensive operation in the Eastern Theater.

On the third day of the battle (July 3, 1863), Confederate General Robert E. Lee ordered an attack on the Union center, located on Cemetery Ridge. This offensive maneuver called for almost 12,500 men to march over 1,000 yards of dangerously open terrain. 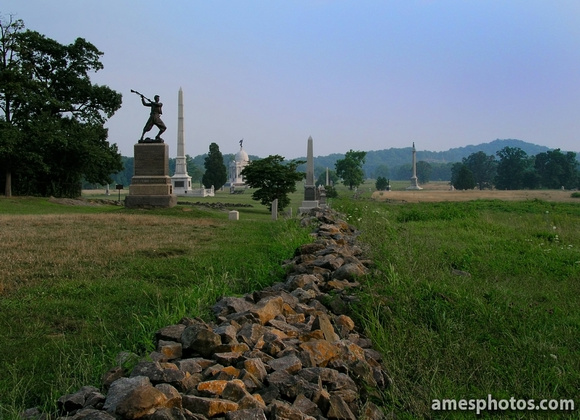