The student section at Beaver Stadium, "The S Zone" with Joe Paterno coaching from the sidelines.

According to the Lion Ambassadors, "Starting as a card-block that students would hold up during games, the S-Zone began its current form during the 1998 football season. In 2008, we stepped back in history with a pink “S” against a black background, having the S-Zone reflect Penn State’s old school colors. Complete with black and pink shakers to match the shirt, the S-Zone now always reverts back to pink and black during the Homecoming football game." 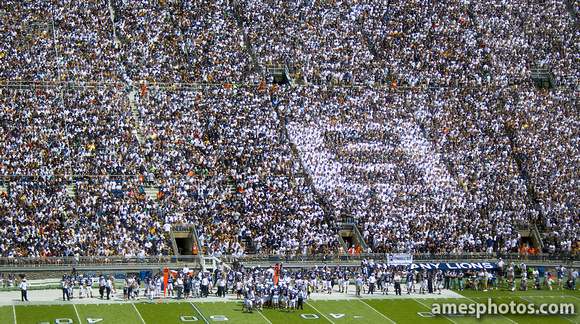